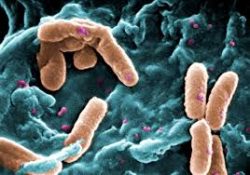 Biofouling or the build-up of a variety of bacteria within a closed water system can not only lead to dangerously high concentrations of Legionella or Pseudomonas (these can be a hazard for maintenance engineers who work on the system) but also increase the risk of corrosion and scale.

Corrosion causes leaks and inevitably leads to a shorter lifespan for the system’s plant and components.

Scale causes harm to the system as a whole by clogging up pumps and other essential plant leading to energy inefficiency and reduced lifespan. It also leads to less efficiency where heat transfer is concerned. 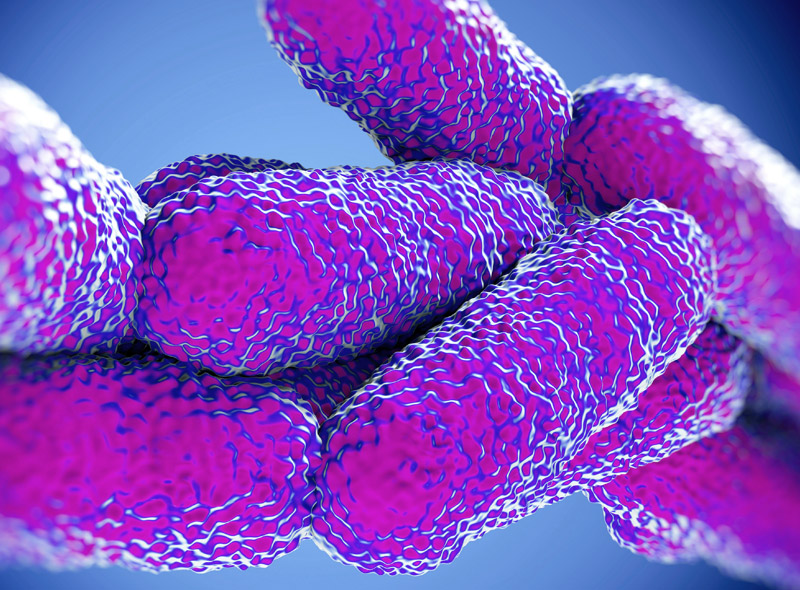 This is what BSRIA says in its Water Treatment for Closed Heating and Cooling Systems guide:

“The treatment of water in modern closed heating and cooling systems is essential for the avoidance of microbiological fouling (biofouling), corrosion and scale. These problems can result in energy wastage, poor system performance, and the need for early replacement of plant and components. The consequences of inappropriate or non-existent water treatment can sometimes be disastrous.”

The most appropriate treatment has to match the specific conditions of your closed water system and a lot will depend on the system type and what materials the system is made from. Is it a chilled system, or is it a low, medium or high pressure hot water system (LPHW, MPHW, HPHW)? Different materials such as copper, brass and aluminium will need their own protection treatments. The image below shows dirty, discoloured water which has been flushed from a fan coil unit. 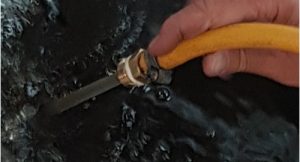 Using the right treatment will mean your system runs at optimal levels of performance and efficiency, costs less to maintain, needs less repairs, and functions for longer. Water regulations are there to protect your system and help it work better for longer.

What treatments are used for hot and cold closed water systems?

The correct water treatment of closed water systems will ensure compliance with numerous regulations as well as protecting the systems from attack from slime forming bacteria and the effects of scale and corrosion.

The main treatments used on closed water systems will address the following:

Other considerations are pre-commission flushing and dosing.

There are two main types of scale and corrosion inhibitors used in the water treatment industry today. These are nitrite and molybdate.

Nitrite passivates quickly onto the surface of the metals and this gives highly effective protection from scale and corrosion, however its aggressive nature can lead to leaks in old water systems where protection has not been previously provided. It is usually used in District Heating systems and old water systems containing mainly steel and iron parts but cannot be used in heating or chilled water systems containing aluminium or zinc as it will eat through these soft metals producing leaks in the system.

Molybdate works differently to nitrite, providing a film on the internal surfaces of pipework that protects it from any further corrosion. This is particularly useful for old systems, which are prone to leaks, as the protective film reduces the risk of further leaking.

Using a blend of molybdate and nitrite is a particularly effective method of controlling for scale and corrosion. While the nitrite will quickly attack and passivate any areas of corrosion, the molybdate creates a protective film over these areas which prevents any further damage occurring.

Biocides to protect against biofouling

The use of biocides to control the growth of bacteria within closed water systems improves the system’s efficacy and increases its lifespan.

The three main bacterias that need to be controlled from a system efficacy and lifespan perspective are:

NRB: As the name suggests, NRB reduces the amount of nitrite in the closed water system, thus increasing the risk of scale and corrosion.

SRB: SRB live in oxygen-deficient environments such as deep wells, plumbing systems, water softeners and water heaters. This type of bacteria usually grows well on the hot water side of the distribution system.

The issue with SRB is not in the reduction of sulphur levels but the mechanism that causes that reduction. SRB use sulphur as an energy source and produce large quantities of hydrogen sulphide in the process, and there lies the problem. Hydrogen sulphide is corrosive to metals such as iron, steel, copper and brass. Furthermore, SRB reduces the amount of nitrite in the system.

Pseudomonas: Pseudomonas are slime forming bacteria which can block up plant components such as fan coils and plate heat exchangers. They are more likely to grow in chilled water systems where no biocide has been dosed and can significantly reduce the efficiency of the cooling coil.

Closed water systems need to be protected against freezing as this can be cause major problems such as burst pipes, plant failure, loss of services and production and the cost of repairs can be significant. Potentially, a system could be damaged beyond repair. Glycol or other antifreeze chemicals are usually added to a closed water system to prevent freezing.

One of the issues that can arise in a closed water system is the build-up of foam which forms because of the use of certain chemicals. The build up of foam can significantly increase the volume of fluid within the closed system, creating extra unwanted pressure.

Some chemicals are more likely to produce foam than others but if a system has been stood dormant and therefore requires higher concentrations of chemicals, this too can lead to foam. Where foaming may become an issue, an antifoam chemical can be added to ensure a build-up doesn’t occur.

New or refurbished closed water systems need a pre-commission clean before they can be put into operation to ensure they are free of any contaminants left behind from the manufacturing process. Contaminants can lead to blockages, corrosion, scale and microbiological hazards from the moment the system starts operating, and its lifespan is likely to be noticeably reduced.

The following images illustrate a blocked strainer, partially blocked strainer and clean strainer. Strainers are there to protect plant components such as fan coil units or pumps. Take a look.

The images below show:

-a typical water sample taken before a commissioned flush

– a water sample from a system that has been commissioned and balanced. Look at the incredible difference. 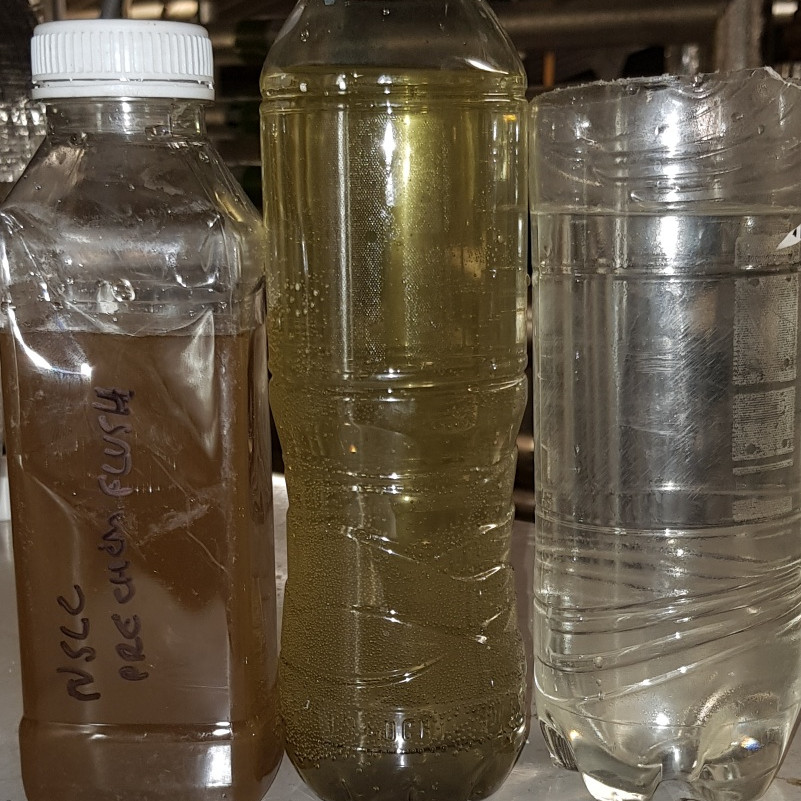 In order to ensure the right amount of chemicals are used to protect a closed water system from the various threats, it is better for dosing to be carried out automatically via a precise chemical pump.

In closed water systems, the chemical pump is often linked to a water meter that is measuring the makeup water quantity so that chemical is replenished as water is added. For systems which have a very low makeup, inhibitor levels may fall over time, so it is essential to carry out periodic chemical tests to ensure the appropriate inhibitor levels are maintained.

Using the correct biocide and scale and corrosion inhibitor, heating and chilled water systems can run efficiently for longer. This means large savings on energy and repair bills!

Is your cold water system compliant with regulations? Do you want to be sure your system is running as efficiently as possible? Get in touch with Water Compliance Services today to book an assessment.