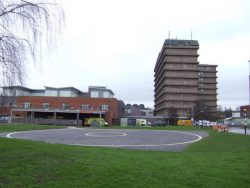 A patient “may have acquired” Legionnaires’ disease at hospital

A patient at Gloucestershire Royal Hospital may have become infected with Legionnaires’ disease while attending the hospital’s dialysis unit. Gloucestershire Hospitals NHS Foundation Trust said the patient “may have acquired” it while at the unit.

According to reports, no other patients were affected and “enhanced control measures” had been taken to remove any risk of it spreading.

Where is Legionella most commonly found?

Legionella bacteria naturally form anywhere where water is found such as rivers, lakes and ponds. It thrives most when the water is warm. The bacteria presents no threat if it is consumed through drinking.

The risks arise when water, containing a critical level of concentration of the bacteria, is aerosolised. The tiny water droplets that are formed can lead to Legionnaires’ disease if they make it to a person’s lungs by being breathed in.

Buildings for the most vulnerable are often at the most risk

Large buildings such as hotels, hospital blocks and schools are at a great risk because they have larger and more complex water supply systems and the bacteria can quickly spread. They also usually have large cooling towers where bodies of warm water can be aerosolised creating a risk, especially if contaminated droplets find their way into the air conditioning. 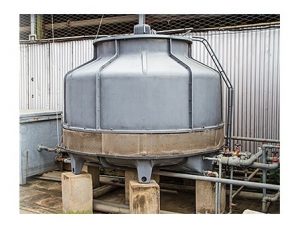 It’s a threat that can kill

One in ten of the people who contract the disease will die from complications arising from the infection so Legionella is a threat that must be dealt with robustly.

The outbreak at Gloucestershire Royal Hospital led to a joint review by Public Health England to consider whether procedures need to be tightened to prevent a similar outbreak happening again.

We pay close attention to real life cases and write about them to show the prevalence of the threat. One of the recurrent themes is the investigation after people have already died or been taken ill. Reports on outbreaks always go on to say that reviews have been called to check up on procedures and measures to stop such an outbreak occurring again.

Why wait for an outbreak?

We carry out surveys on buildings to ascertain their risk from Legionella and to spot potential breaches. By identifying where vulnerabilities lie and taking the correct remedial action there is no reason for an outbreak to occur. It is our opinion that such outbreaks, most of the time, have happened because eyes have been taken off the ball. They are almost certainly preventable.

When were your water systems last checked by an expert?

We strongly recommend you check your compliance with water regulations as regularly as possible and have your systems surveyed to ensure Legionella is not being left to take a hold anywhere. Give us a call today to book a survey.